The total balance of outstanding auto loans in the US reached $1.1 trillion at the end of last year.

Data from Experian shows loan balances grew year-on-year just over 5%, or $57 billion, with banks now accounting for 33% of the market, while auto captives have supplied 23% of finance and credit unions 28% following their surge of double-digit growth for the past few years.

Most of the outstanding balances remain in the prime or super prime sector, which accounts for 61% of the market and most of the increase in finance, with sub-prime accounting for just under 20% of the market. 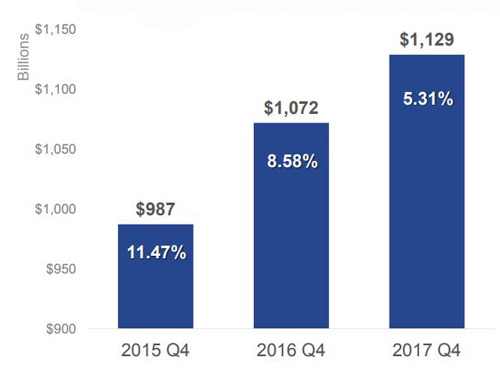 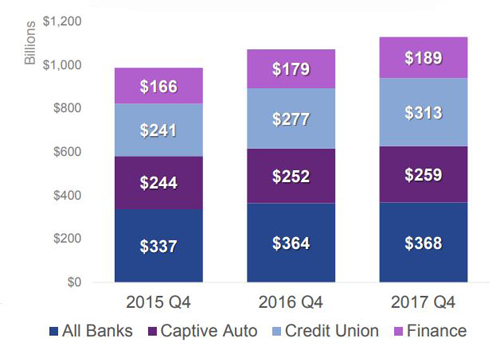 In total, around 28% of new cars are leased, compared to 4% of used cars. Leasing tends to be favoured by prime and super prime borrowers, where 34.8% take the option, compared to less than one quarter for sub-prime.

Average new car loans reached a record high of $31,099, a rise of $509, while terms stretched to 69 months for new loans, although just under one-third are between 73-84 months.

The average loan term for a used car rose slightly to 64 months, with around 18% opting for 73-84-month repayment periods.

Average monthly repayments reached a new high, rising $8 a month to $515 for new loans and increasing $17 a month to $430 for new leases. Average used payments were also at record highs, reaching $371, a rise of $8 a month.

Interest rates averaged 5.11% for new vehicles and 8.84% for used at the end of last year.

Percentage of vehicles with financing

% of all new vehicles that are leased