Analyst Fitch Solutions has predicted the global economy will grow by 2.7% in 2020.

It forecasts a “slight uptick” of 0.1% compared to 2019, but warns of an increasing number of indicators that suggest a cyclical bottoming out of the economy, among them the Coronavirus outbreak in China.

Coronavirus, now named Covid-19, has severely disrupted global trade, leading to fears of a repeat of the slump following the emergence of the SARS virus in 2002/2003. The spread of the virus is much larger and more deadly than the SARS outbreak. 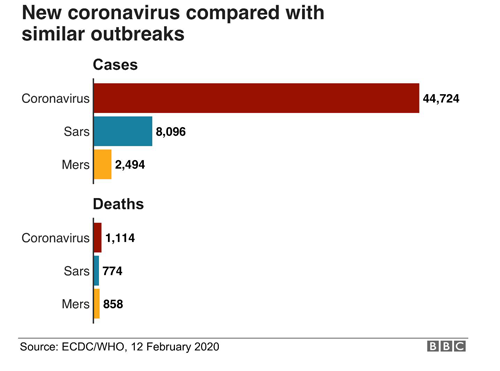 During Fitch Solutions' Key Global Themes for 2020 webinar, global head of country risk Cedric Chehab (pictured) said other economic factors, such as inflation, were generally “well behaved”, as the majority of markets – including Latin American heavyweights Brazil and Chile – remained below their central bank target ranges.

“The majority [of countries] are still below the upper limit of the targets,” Chehab said. “We don’t see a huge increase inflation just yet but if inflation does rise by more than we expect, then policymakers could potentially be faced with a hard choice between fighting inflation and supporting growth.

“I think this is particularly important, because a lot of the protests from 2019 were centred around bread and butter issues such as cost of living, so any increase in inflation – because of capacity constraints or supply shocks – could be challenging for policymakers.”

In Latin America, Fitch reported that Argentina’s central bank significantly loosened its monetary policy during the previous three months to stimulate growth, as the country continues to suffer from a recession and high interest rates.

By contrast, Brazil tightened its monetary policy from a loose to a neutral position in the same period, due to structural constraints and its exposure to China.