Following the announcement of the spring budget earlier this week, one question remains for the auto finance sector: what does it mean for the future of auto finance?

To offer a partial answer, the key takeaways from the announcement include:

With corporation tax set to rise a significant amount to 25% in April 2023, many companies are concerned about the increased cost, however it is worth noting that only companies with profits of £250,00 or more will pay the full 25%.

Another reassuring point for businesses is that the changes made to capital allowances have made leasing an even more attractive offer.

According to CBVC Vehicle Management, the 100% first-year allowance continues for cars with zero emissions until 2024/25 tax year. However, cars qualifying for the main rate of 19% will now only benefit if they achieve CO2 emissions of 1-50g/km, while cars with CO2 emissions above 50g/km will be subject to a write-down allowance on a continuing balance basis of just 6%.

CBVC revealed that with the SMMT suggesting that the average CO2 emissions of the cars in the UK is 124.5g/km, this leaves a significant number of cars subject to the highest writing down allowance pool.

Mike Manners (pictured above), managing director of CBVC, said: “The changes to legislation concerning business car allowances, which are primarily designed to encourage businesses to move to zero-emission vehicles, are significant for both fleets and drivers.

“For the business, the savings are also remarkable. The employer’s Class 1A National Insurance payable on the 5 Series above is £5,227 over a three-year period whereas the employer’s Class 1A National Insurance for the Tesla 3 is just £179. That’s a saving to the business of £5,048 over the period equivalent to £140.22 per month.”

The Chancellor also announced a temporary 130% upfront capital allowances super deduction for investment in plant and machinery. This was welcomed by the BVRLA, which says it can be used for investment in EV charging infrastructure.

Nigel May (pictured above), partner at accountancy firm MHA MacIntyre Hudson, explained: “The operation of the relief depends upon what the cost relates to. For most business equipment, there will be a super-deduction of 130% of the expenditure incurred. This will mean that on a spend of £100,000, the corporation tax deduction will be £130,000, giving corporation tax relief at 19% on £130,000 which is £24,700. Normally such expenditure would either fall within a company’s annual investment allowance and produce relief of only £19,000 or alternatively be tax-relieved at 18% of the cost per annum. In any case, the super deduction produces enhanced and accelerated relief.

“However, companies looking to use this relief will need to take care when the assets that the expenditure relates to are sold: tax charges may then arise clawing back the relief. It is perhaps worth noting that certain expenditure is excluded, in particular the acquisition of company cars.”

Paul Burgess (pictured above), chief executive officer of Startline Motor Finance, added: “Extending the furlough scheme and continuing to reduce business rates will provide financial stability for businesses and individuals, allowing them to plan for the rest of 2021 with a high degree of certainty. While we’ll all have to start paying the bill for this enormous spending at some point in the future, that time appears to have been largely postponed with the Corporation Tax rise not coming into effect until 2023. Overall, while all kinds of questions remain about the economy in the medium-long term, this is a Budget that has delivered most of what we’d have hoped for.”

The Chancellor confirmed that the current fuel duty freeze will be maintained for an 11th successive year thanks to concerns that it would impact those people helping the economy ‘bounce back’ – such as van drivers and operators.
“Intense fleet activity”

The Budget also included the announcement that the Government will create eight new freeports in England with the aim of unlocking “billions of pounds of private sector investment, generating trade and jobs up and down the country”.

Paul Hollick (pictured above), chair of the Association of Fleet Professionals, said: “One point of note is the plans for freeports around the UK which, if successful in terms of generating manufacturing, could become hubs of quite intensive fleet activity.”

The Budget also included news of the upcoming launch of the Infrastructure Bank, which aims “to increase infrastructure investment to help tackle climate change” by providing around £40 billion of total investment.

Jon Lawes (pictured above), managing director of Hitachi Capital Vehicle Solutions, explained: “The Bank forms part of an optimistic budget for those of us hoping for significant investment in infrastructure to speed up the adoption of EVs and deliver a greener economy.

“In the EV sector alone, we’ve seen rapid development in technology over the last decade and we are now at the tipping point where the infrastructure needs to match demand. If we are to accelerate adoption, we need this new body to prioritise support for essential electric infrastructure.”

James Tew, chief executive officer of iVendi, concluded: “From our conversations with dealers, we know that what they fundamentally wanted from this Budget was a stable economic background that allowed them to plan for the rest of the year with a high degree of certainty. My view is that, by and large, this has been delivered. Businesses and individuals are being given a high degree of support through most of the rest of the year and this should help to project jobs and reduce any potential business difficulties. All of this should help to maintain and build consumer confidence, which should feed through into sustained – and even possibly buoyant - used car, van and motorcycle sales.” 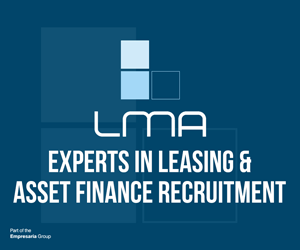