Used car finance continued to drive the UK vehicle finance market in April, according to new figures released by the Finance & Leasing Association.

While new business in the point of sale (POS) consumer new car finance market fell 2% by value and 7% by volume in April, compared to the same month in 2018, demand in the used car market grew 4% by value and 1% by volume over the same period.

The percentage of private new car sales financed by FLA members through the POS was 91% in the 12 months to April 2019. 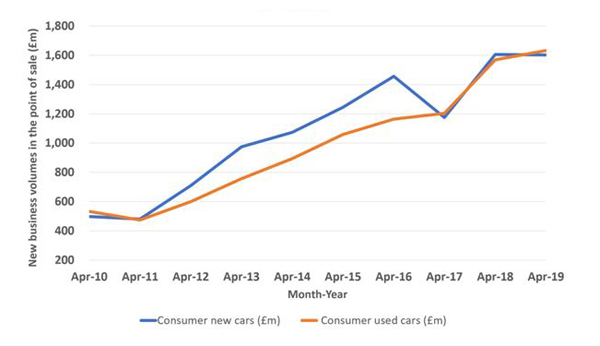 Cars bought on finance by consumers through dealerships