Why car sharing provides an ideal platform for growth 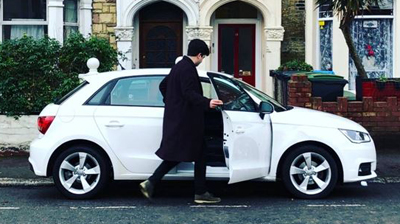 One of the biggest advances affecting transport in recent years is the rapid growth and evolution of the sharing economy.

Users of sharing services typically access a network of vehicles nearby and only pay for the time that they are in use.

In the ride-sharing model the user is driven, either by traditional taxi companies or innovative service providers such as Uber. The business to consumer offering is a traditional rental service.

Car sharing makes a fleet of vehicles available to its subscriber base that can be booked and used when needed for any length of time.

Car-sharing suppliers include BMW and Daimler, which have merged their mobility services to generate economies of scale. Until the merger, the two companies operated separate car-sharing services that were some of the most popular in the world, with BMW providing DriveNow and Daimler operating car2go.

Their combined offering under Share Now is a free-floating car-sharing service with more than 4 million customers in total and 20,000 vehicles in 31 cities.

The final model is peer-to-peer rental, where private vehicle owners are matched with individual users through a digital platform, such as hiyacar, allowing owners to generate revenues from their vehicles when they aren’t being used. A private car is used by its owners for around 4% of its life and remains idle for most of the time.

These models show there is no right or wrong strategy and they all support the development of the sharing economy.

Their common purpose is delivering value to end-users who want to embrace the usership model as an alternative to the expense of ownership.

By choosing a shared transport model, a user is saving on car ownership, negating the costly requirement of insurance, maintenance, MoTs and even depreciation.

The peer-to-peer model also unlocks benefits for vehicle owners as it reduces ownership costs by ensuring the vehicle is paying for itself when the owner doesn’t require it.

Sharing vehicles is not a new concept, though. During the 1940s in Zurich, Switzerland, a housing cooperative started a small car share arrangement.

Later examples included Procotip (launched in France using in-vehicle token metres) and Green Cars in the UK (launched in 1977) and Carsharing Portland’s 1998 launch of an informal sharing service between friends and neighbours in the US.

In recent years, the development of the smartphone has accelerated the global expansion of sharing services. The smartphone’s in-built GPS, app-based services and reliable internet access means users can book and locate vehicles at a moment’s notice, without the need for call centres.

This has allowed suppliers to break free of fixed location rental stations and offer free-floating services, where cars can be parked anywhere within a designated area and quickly located and hired by the next user.

Customers behave in a fluid manner, follow the path of least resistance, so they will prioritise the most reliable service with the best user-experience and availability.

The appetite for sharing vehicles is also being driven by greater environmental awareness and concern about wasting resources. Some providers are responding by rapidly increasing their fleets of electric vehicles.

It’s these new ways of working, growing consumer interest and technological support that should ensure a very promising future for sharing economy.

The way the car market is moving, however, would suggest that the next big step for will be the introduction of vehicles that drive themselves to collect passengers, which will create new opportunities for suppliers.

* Charlotte Simmons is community growth and content manager at hiyacar, a London-based peer-to-peer car-sharing platform, aiming to turn the millions of private cars sitting idle on drives and streets into a virtual fleet of cars for hire.