Wells Fargo Bank has been fined a total of $24 million by federal regulators for improperly repossessing cars from serving military personnel for non-payment without obtaining the necessary legal paperwork first.

The Justice Department reported that the bank’s subsidiary, Wells Fargo Dealer Services, has agreed to change its policies and pay over $4.1 million to resolve allegations that it violated the Servicemembers Civil Relief Act (SCRA) by repossessing 413 cars owned by protected servicemembers without obtaining a court order.

The settlement, which is still subject to court approval, was filed in the US District Court for the Central District of California. The department launched an investigation after it received a complaint in March 2015 over the bank’s treatment of a serviceman who was preparing to deploy to Afghanistan. After Wells Fargo repossessed his car, it sold it at a public auction and then tried to collect a deficiency balance of over $10,000 from the soldier and his family.

After the case was taken up by Army legal personnel, a subsequent investigation corroborated the complaint and found a pattern of unlawful repossessions spanning over more than seven years.

“Wells Fargo Bank unlawfully repossessed hundreds of servicemembers’ cars without the proper process, and the bank will now rightfully pay for its violations,” said principal deputy associate attorney general Bill Baer. “The Justice Department is committed to protecting our country’s servicemembers as they continue to fight for our freedom.”

“Auto lenders cannot repossess the cars of the brave men and women who risk their lives to defend our freedom without providing them the required legal protections under the SCRA,” said principal deputy assistant attorney general Vanita Gupta, head of the Justice Department’s Civil Rights Division.

“I commend Wells Fargo for owning up to its shortcomings and providing all the information we requested after learning of our investigation. This settlement should help ensure that servicemembers are not penalized financially for protecting our nation,” she added.

In addition, the agreement requires Wells Fargo to pay a $60,000 civil penalty to the US and to determine, in the future, whether any vehicle it is planning to repossess is owned by an active duty servicemember. If so, Wells Fargo will not repossess the vehicle without first obtaining a court order. The agreement contains provisions ensuring that all eligible servicemembers will receive the benefit of the SCRA’s 6% interest rate cap on their auto loans.

At the same time, the Office of the Comptroller of the Currency (OCC) has assessed a $20 million civil money penalty against Wells Fargo Bank for the same violations. The OCC found that between approximately 2006 and 2016, the bank violated three separate provisions of the SCRA.

The $20 million penalty reflects a number of factors, including the duration and frequency of violations, the financial harm to the servicemembers, deficiencies and weaknesses in the bank’s SCRA compliance program and ineffective compliance risk management. The penalty will be paid to the US Treasury.
Servicemembers eligible for restitution include those who were financially harmed as a result of the violations. The OCC’s order also requires the bank to take corrective action to establish an enterprise-wide SCRA compliance program to detect and prevent future SCRA violations.

In a statement Wells Fargo said: “We self-identified many of the problems over the past year, and we have strengthened our processes to deliver SCRA benefits and protections more proactively and consistently, enhanced our efforts to identify eligible service members and improved our oversight.”

The spokeswoman said. “The changes we’ve already made and the ongoing commitment of the entire organization, including our board of directors, to delivering for our military customers demonstrate the great honor we have to serve those who serve our country.” 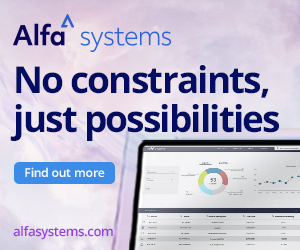