How APIs drive a culture of innovation and growth 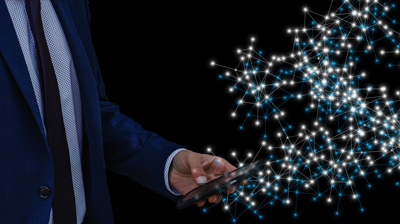 Application Programming Interfaces (APIs) may not be fundamentally new as a concept, but they are being used in innovative ways. As Martin Morris reports, gone are the days when they just  enabled one application to ‘talk’ to another, usually within the same organisation.

At its most basic level an API is a set of routines, protocols, and tools used not only to build software applications, but also determining how they should interact.

Nowadays, the emergence of open API standards – in large part due to pressure from regulators and wider market forces – has seen them take on the role of ‘disruptors’.

What this has meant at the coal face is the creation of an environment ripe for collaboration and, by extension, innovation.

The key to ongoing growth in the wider fintech sector has been the requirement under the EU’s Revised Payment Service Directive (better known as PSD2) that banks establish open APIs allowing customers to seamlessly share their data with third-party providers, including fintechs.

Or to put it another way, open banking allows clients access to the same level of functionality through Third Party Provider (TPP) applications, as they otherwise have accessing their own bank’s online channels.

APIs aren’t confined to banking of course; a very obvious example elsewhere is Uber and the way it integrates maps into its application using the Google Maps API. Indeed, every connected smartphone app, as well as websites tracking users or providing a richer user experience, employs APIs of some description, as do cloud services.

At the API sharp end, meanwhile, Amber Livingston, head of marketing at Smartcar, argues that company’s founding in 2015 there was no easy way for web and mobile applications to integrate with vehicles.

Smartcar’s platform allows web and mobile apps to locate, unlock, and read the odometer from vehicles across brands.

Livingston adds: “Although cars themselves were becoming increasingly connected, no car brand offered well-documented, developer-friendly APIs that would allow developers to easily build applications and services that would integrate with those vehicles. That’s what we're setting out to do here at Smartcar.

“Today, we cut the time for developers to make their first live API request to a vehicle from 12 months to under 12 minutes.”

Through testing and improving the company’s 17 OEM integrations, it can offer a “reliable, scalable, and secure telematics solution to our enterprise customers”, Livingston says. “And crucially, there is a focus on granular permissions systems that enforce user consent and data privacy.”

From a practical standpoint, Smartcar is used by the tolling mobility services developer Emovis for Utah’s Mileage-Based Taxation program, as well as new insurtech companies like PayDrive and CoverClub. Other customers in this space have included Azuga and IMS, working on behalf of the Department of Transportation of Oregon and California, according to Zeenia Framroze, head of sales and business development at Smartcar.

More generally, the growing importance of APIs in the financial ecosystem cannot be understated.

In its May 2019, International Data Corporation polled 400 global executives across various sectors, including manufacturing, healthcare, transport, utilities, and telecommunications and found 44% of treasurers were already integrating internal and external data to optimise decision making, while 33% were sourcing ‘best-of-breed solutions from the ecosystem’.

These numbers will continue to grow, both within IT departments and within lines of business – the latter viewing them as a means innovate quickly and disrupt markets and competitors by introducing new offerings or new channels.

A critical window of opportunity

Banks have reached a critical window of opportunity to roll out open banking and API innovation, while corporates are ready for these changes and are keen on their banks to collaborate with third-party providers to bolster innovation, new client acquisition, improve process efficiencies and, last but not least, cut costs.

As Iain MacLennan, VP trade and supply chain finance (product & engineering) at Finastra puts it: “Global supply chains have come under significant stress. Increased visibility and transparency throughout the chain becomes even more important for all stakeholders and helps ensure business continuity.

“The use of open APIs across the supply chain allows disparate organisations to share information to achieve the required visibility. This could be at a minimum to inform stakeholders of status changes, but much more is possible.”

Though aimed at less developed markets, AFIN’s API Exchange (an initiative from the World Bank’s International Finance Corporation, the ASEAN Bankers Association and the Monetary Authority of Singapore) - is one example.

Meanwhile, outside the comfort zone of institutions seeking ways to improve their product offerings, a very real battle is now being waged as the COVID-19 virus continues its deadly march.

Unsurprisingly, APIs have played a very real role in the health industry as local, state and national authorities struggle to ‘track and trace’ those exposed to COVID-19, in order to get a better grasp on infection levels within their native populations.

As with financial services, this is predicated on collaboration, with access to disparate points of information.